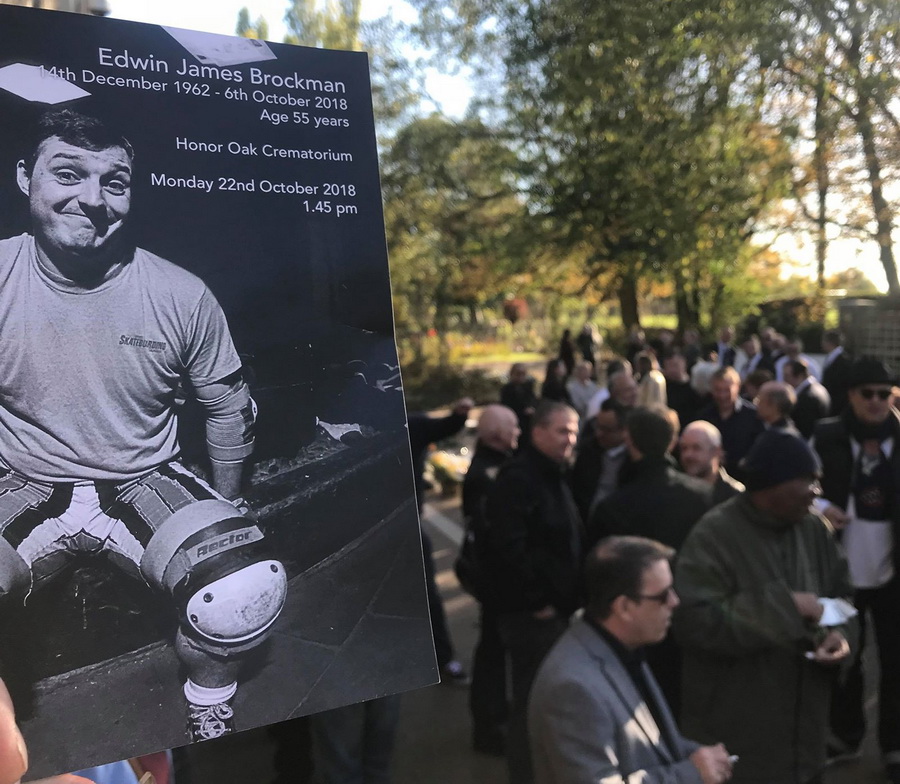 Racing at Hog Hill will never be the same again. On October 6th Edwin James Brockman, known by all as just Ed, or by some of his closest skatepals as "Big Ed", passed away after battling with a stubborn and ill-placed brain tumour for more than 10 years. If you didn't meet or race him back the 80's, at least anyone who's raced at Hog Hill the last five years have met him and spent time with him at the race track. In 2013, at the Euros, we recall his true British manners as he oversaw the cone judging and for every single judgement thanked the cone marshals by screaming out loud over the race area due to lack of announcement system a proper and polite "Thank you!".

He was already battling his cancer at the time, but stayed on his post through hours and hours of racing. Last year, severely ill, Ed still came for the autumn race at Hog Hill and to everyone's enjoyment brought a large part of his skate sticker collection. Like little kids we all spent time browsing through the well sorted, well labeled envelopes with duplicates that he was willing to show and share. Each and everyone of us had a chat with him about past races, common memories, his illness (inevitably) and life in general and of course about the youngest family members of his, and how every Christmas that he was able to reach was a gift for him. Ed had beaten the odds of his doctors many times over, but the cancer was inoperable due to it's difficult location and Ed had no choice but to wait for the inevitable to come.

Only about two months ago Jill Brockman, his wife, shut down his Facebook account, which to us all was a warning sign and a grim reminder and the end that was about to come. Yet Rob Ashby, close to Ed and Jill, kept up his regular visits to the nursing home that had become Ed's home for the last period of his life and brought along recordings from other skaters to share with Ed. The end eventually came on October 6, when Ed passed away peacefully surrounded by his closest. 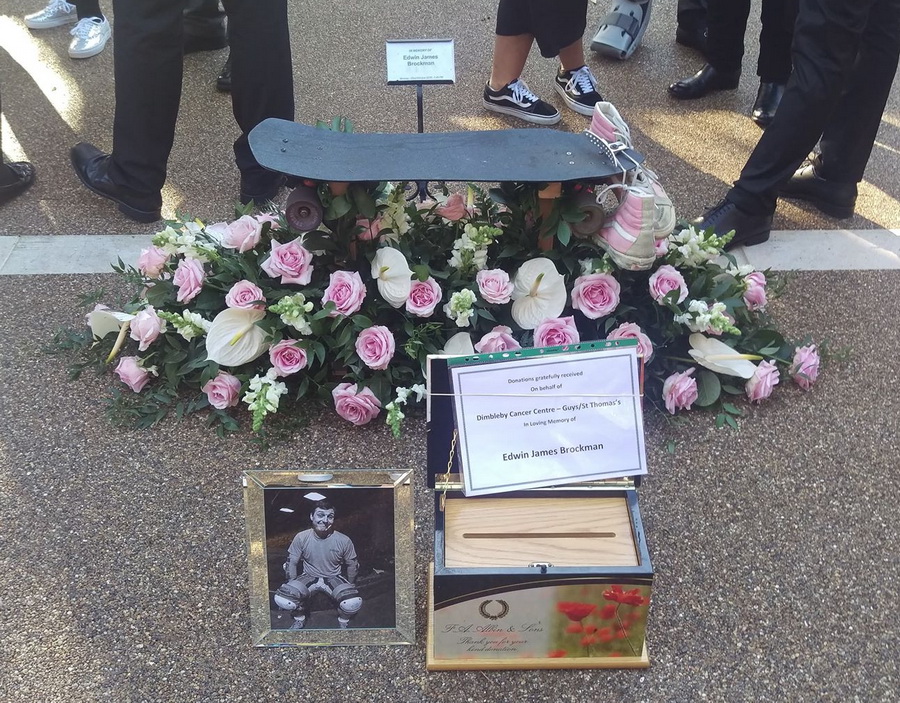 Skaters gathered at Honor Oaks Crematorium in South London today, October 22nd, for a last farewell to Ed. All dressed in Vans as a sign of recognition of his passion for the magic rolling board.

Through our passion for these boards with four wheels, we've made friends for life. It is with sadness we celebrate the life of Ed, but it's with great smiles on our faces we cherish the memories of our times together.
Top

Ed was an ardent skateboard sticker collector and one of the ideas for his funeral was to place a bunch of them on the coffin. Loads of stickers were sent in from California and elsewhere, and Vans in particular! As Ed may have considered it a complete waste to use stickers in that manner plans were altered and collector packs were organized with proceeds of their sales given to Dimbleby Cancer Centre at Guys/St Thomas Hospital. 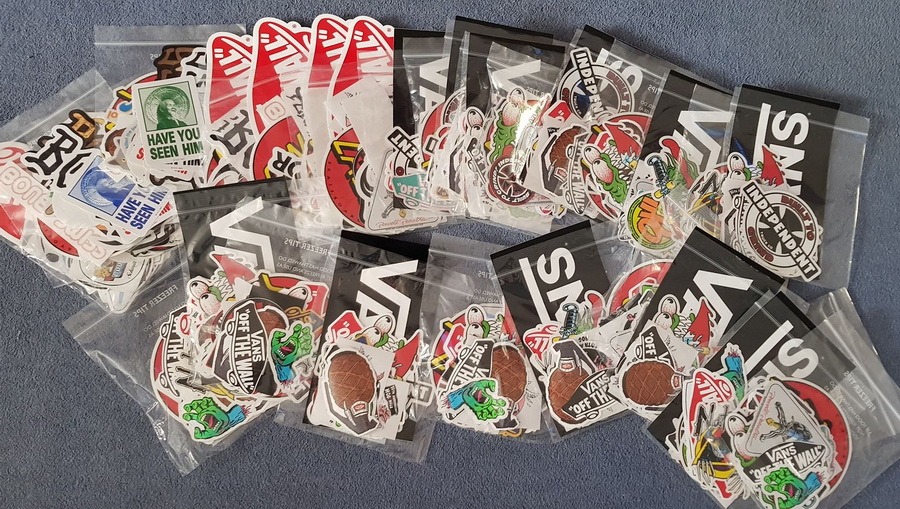 Rob Ashby may still have some if you're interested and you may also make a direct contribution to the Cancer Centre.
Top
Post Reply
2 posts • Page 1 of 1