I'm pleased to announce that the slalom season in Latvia continues with:

Registration will be: www.skateboardinfo.lv
Top Hi - Can anyone local recommend a reasonable hotel to stay in Riga?

Also if I can get a ride to the race sites that would be cool.

You can search the hotels on google because they are all available in english too. I haven't really spent a night at a hotel in Riga

If you need any help you can PM me anytime.
Wheelbite racing - www.slalomskaters.lv
Top

Anyone for some practice runs on Dzintaros on Friday?
-pokkis

You are welcome to register Baltic slalom championship:

Thanks for the advice - booking a hotel in a new city is always tricky,
and the best prices tend to not be on the net.

I have booked for the weekend:

although it seems the hotel is not near Riga City!
I can cancel the booking if something better turns up. Aivara, if you have time to meet me I will pay you for gas etc. I arrive 14:05 on lufthansa from frankfurt 14:00pm Friday
Top I have now cancelled the above hotel and emailed a request to the Elina Hotel.

I hope to meet Aivars Karklins at the airport on Friday and then go skateboarding in Jurmala. cheers Paul
Top

See you all there!

I will join you to learn

hey gints
thiago can't come
we were at the airport in duesseldorf and thiago had a ryanair ticket which said duesseldorf in big letters and in the small print weeze.no chance to make it to weeze in time,sorry but he did not know about that.
Top

Sorry to hear that, I was supposed to be sharing a room with him in Jurmala.
Ryanair sucks big time - it is the airline from hell! Just driving to Frankfurt now before flying to Riga. With Lufthansa.
Top

Finally got out of hospital today (had an operation on Tuesday - no serious skating for at least a month...) - pity that Thiago didn't make it to Latvia (he got his GOG truck now, so he would be too fast to catch anyway

Paul Price and Sj Kalliokoski are already here, so looks like it will be a great race tomorrow (not for me this time)!

Armands beats Janis, holy smoke!!
You're definitely back in shape. Good to see!

Gustavs Gailitis, July 2nd wrote:Finally got out of hospital today (had an operation on Tuesday - no serious skating for at least a month...)

Jani Soderhall wrote:Gustavs Gailitis, July 2nd wrote:
Finally got out of hospital today (had an operation on Tuesday - no serious skating for at least a month...) 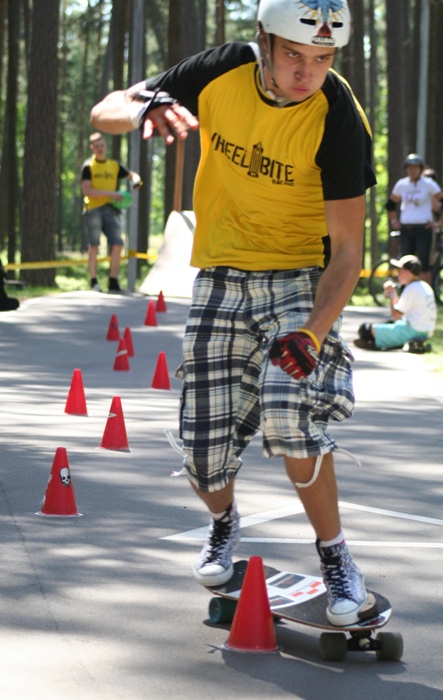 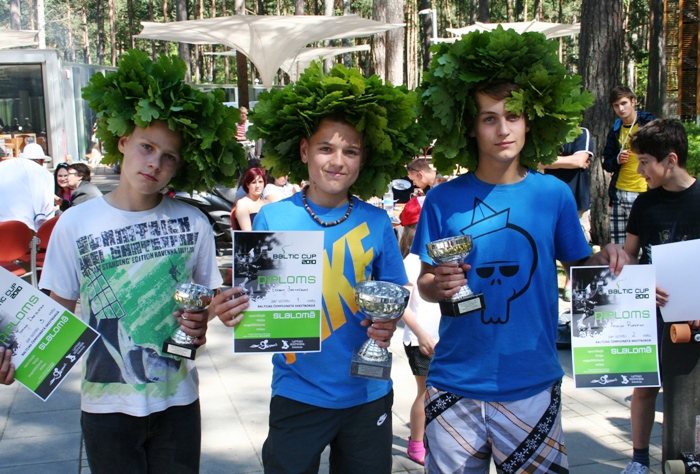 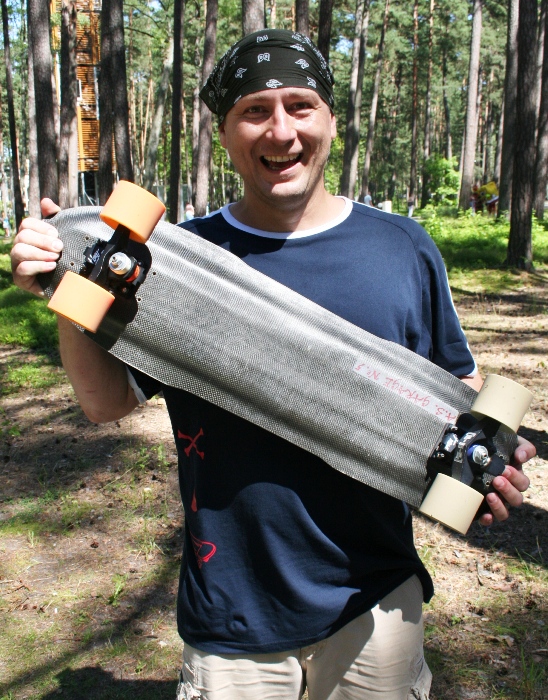 Armands Sausins with his Garage model. 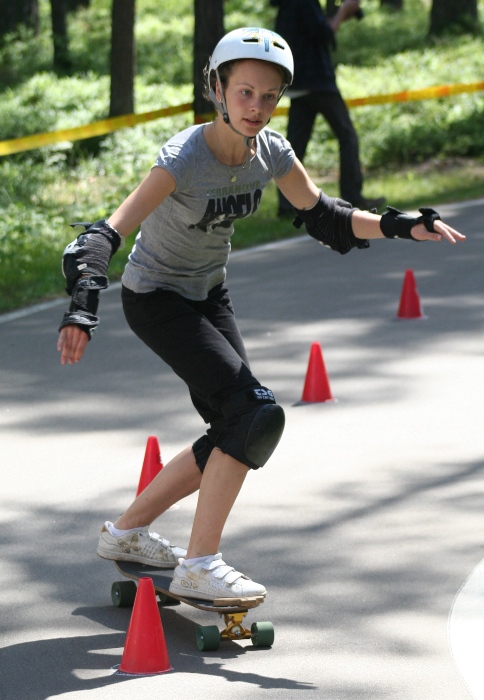 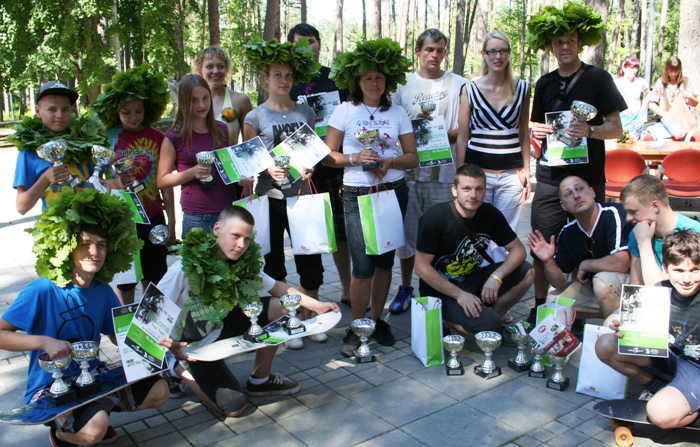 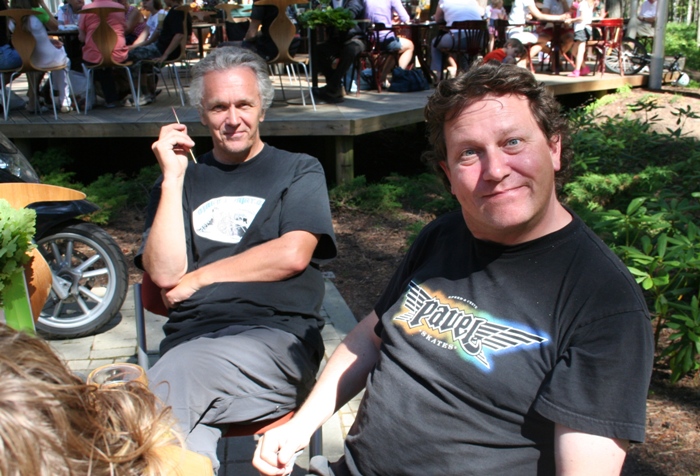 I didn't had a calendar with me

It was really hot weekend with some close racing – in special slalom Kuzmins won and my ‘’Wheelbite’’ fellow youngster Marks Kiselovs took second. Third was Sausins. In tight Sausins was unstoppable and won the Baltic championship title. By the way, his the first guy ever who become Latvian champion (it was in 1989 – few months before I was born

About my racing - I got out of the hospital on Friday afternoon with my broken thumb. Now I must keep my hand like you can see on the right background side of ‘’Junior podium’’ picture for a month or so. But as I am really addicted to slalom racing and as it was my 5year birthday as a skateboarder in that weekend (my first race was the World cup ‘’Baltic sea’’ 2005 – you were there, Jani

I decided to make at least a symbolic runs besides being the speaker of the race. In special and tight it was quite hard because my hand hurts every time I wave it.
On Sunday GS there were 3 runs for everybody and of course here I didn’t need to wave so active – I did only 1 run and with 1.2sec lead it was enough to become Baltic champion in GS (actually, it was funny, that everybody shouted ''Slow down'' not ''Go'' because they were afraid that I can hurt myself more seriously)!

We had a great weekend and of course huge THANK YOU to Paul and Pokkis for coming to our race and Jurmala city council for support! ! !
Last edited by Gustavs Gailitis on Sun Jul 11, 2010 4:12 pm, edited 2 times in total.
If you want to upgrade your board,visit - http://www.coneracing.com/

Re: Full results of Baltic championship 2010:

Three different winners - what a great level of racers in such a small country (but big in slalom!)