Skateboarding is about having fun and not about being the best. Even though our team do consist of some of the best slalom skateboarders ever, they never forget it is all about fun. And if they do, we'll be the first one to remind them.

Janis is also riding for Sk8kings

Jani is the coneRacing founder.

Jani has his own Pro Model at Airflow Skateboards: JS ProModel 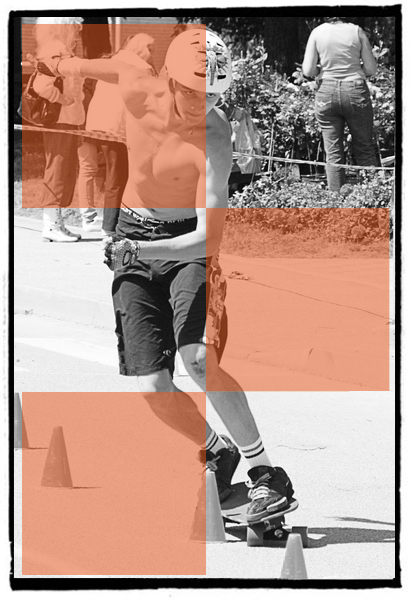 Guillaume is now in charge of the shop.
Contact him if you need any information!

Ehummm, what board does Janis ride?

Our team riders are not locked into certain models. They're free to choose whatever they find the most suited for each situation. Free your minds - release the power!
Top

I know he chose a Fullbag for all his GS needs this past summer...

Looks a bit like a deck I used to have. Can't remember the brand now, but the model was called "Trocadero".
Top

hey marcus
sometimes it helps to check some websites for updates on the team roster
go to sk8kings and then you buy yourself a glass of beer!
Top

Miguel Marco wrote:I know he chose a Fullbag for all his GS needs this past summer...

That's what I said: He took the best board for the given situation.

I'm old and I don't understand how this internet thing works.

Soooo... If I get it right Janis will be taking shooting lessons from Keith this winter. Could be a pretty scary coming season. I think I need that beer.
Top

My deck was a Compositelab Trocadero World Cup Model and I confused Jani with Janis.

We are proud to announce our new team rider, a supernice guy, and one of the fastest AM in Europe right now (soon one of the fastest pros) : Gustavs Gailitis.
He is joining the coneRacing Latvian connection and will ride Fullbag decks (Louis Ricard pro model)

Welcome on board Gustavs!

Congrats to coneRacing team for your results in Grenoble World cup 2009.

I don't like to glorify myself, but I am current Latvia champion and 50-cone World record holder

my mistake Michel!
I've just updated Chris profile (and i will do on the website)

I know that Christopher will soon beat his own record (he set this one with a big front wind)
French Skateboard Slalom Association
coneracing.com - le shop du skateboard slalom
Top