Date: June (25) - 26/27, 2010
Friday will be only for the giant slalom, to avoid problems that could be caused by the rain ! Saturday and sunday for the others races.
Location: Grenoble, France.
Disciplines: Straight, Special and Giant
Giant in Seyssin, a nearby village - 700 m long course
Straight and special on the flat at the Olympic Stadium.

by Jani Soderhall
Here's some early plans for next years Grenoble event. 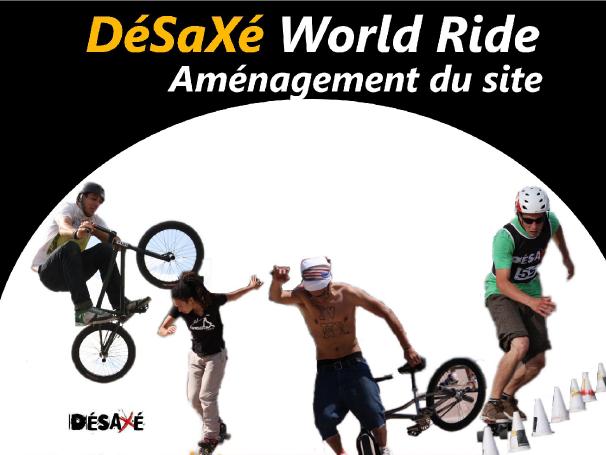 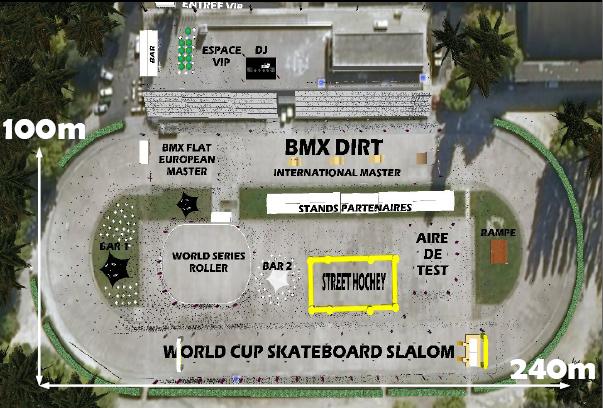 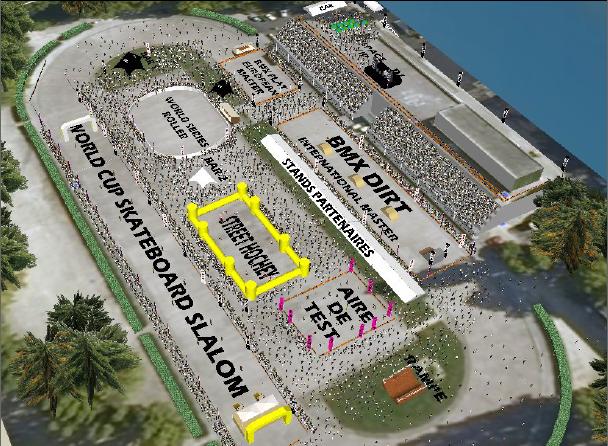 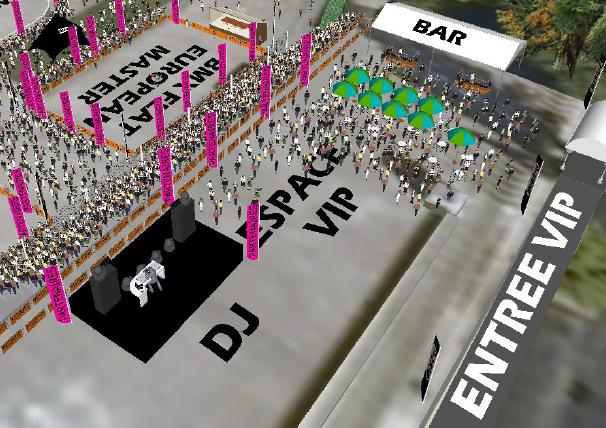 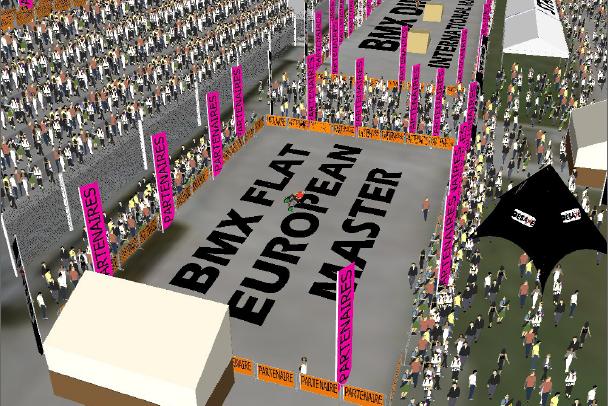 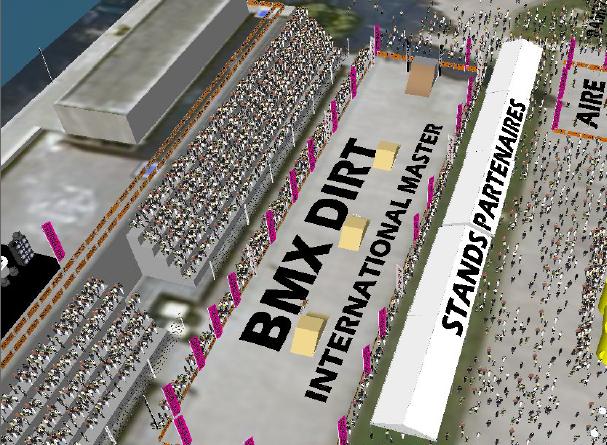 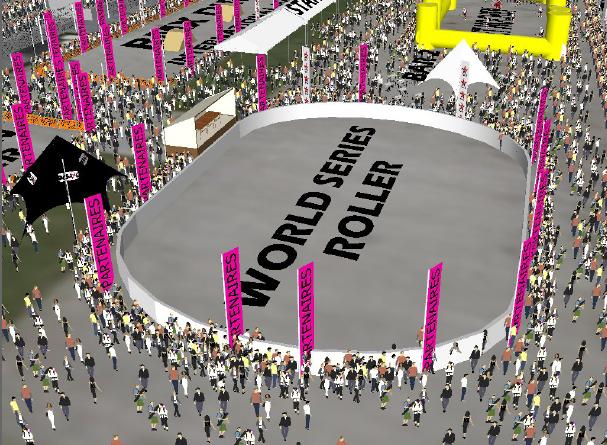 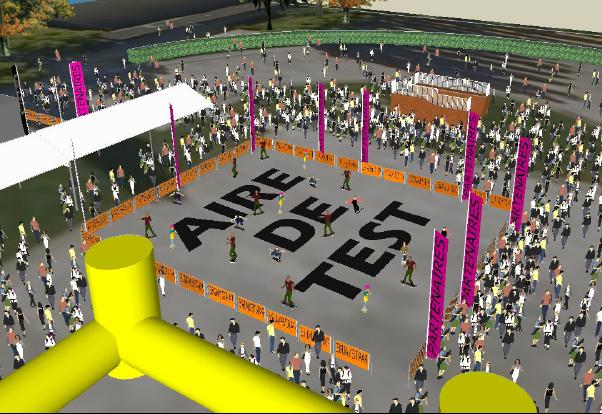 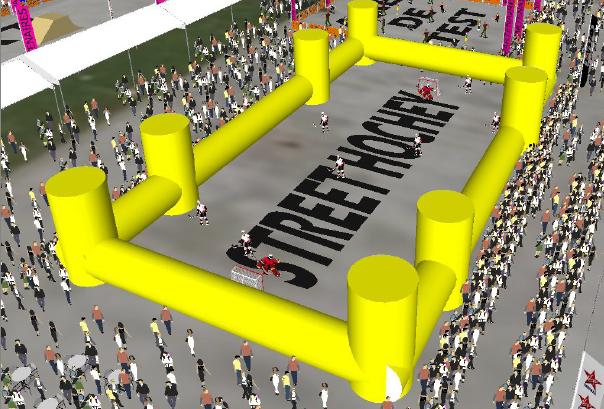 by Dominik Kowalski
hhahaaaaahahahahaahahahahahaha!!!!!!! look at all those people!!!! haha! yeah, right.....
by Jani Soderhall
Grenoble 2007: 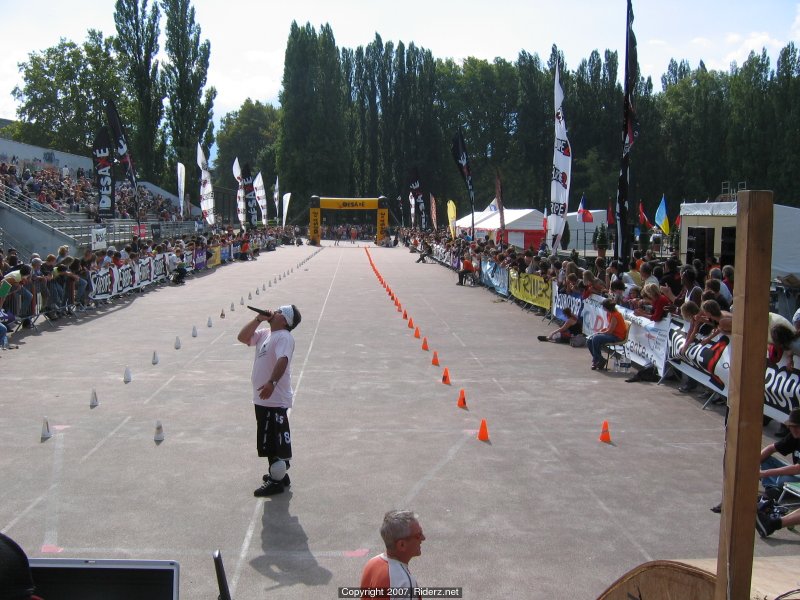 by Ramón Königshausen
Looks like we're finally not racing against the wind anymore. But it seems like the drawback is we're not in front of the stage anymore.

Ramón Königshausen wrote:Looks like we're finally not racing against the wind anymore. But it seems like the drawback is we're not in front of the stage anymore.

Probably organizers think it's too dangerous: some spectators could be injured by cones launched at them by racers loosing nerve!
8P
by Dominik Kowalski
Grenoble 2009

I'm so bored of forum talkin but I have to react
Dom writing that is just lying and unfair
and what time of day do you take theses pictures, can you say?

This contest is setting an higher standard than most all other races for 4 years
but Grenoble is still attacked by a lot of shit talking compared to some catastrophic races
It's true that the main organizer is not spending his time on forums to defend it - easy?

I think all that discouraged a lot of racers from coming last years
For sure in 2009 there were really less racers than expected and the price money was the minimum announced but some money was given.
The two last years the organizer spent a lot of time to have the possibility to block a road for the giant slalom outside of the city because racers wanted a long and steep spot (but he cannot control the wind and the rain sorry). He did that even it's not really efficient from a marketing point of view.
He could totally forget about slalom and continue the event only with BMX, rollers and more spectacular sports taht are easy to organize..
but one again it happened in the center of the city with a big crew for judging and help, hot foods, good infrastructure, big tents, ramps, concerts, DJs animations, big posters around the city, newspaper and radio annoucements, lot of journalists ...
It's not perfect, some doesn't like flat racing and we still have to pay some quite big fees (but just as in nearly all important races) but it tried to improve and just get shit again and again
do you think really he earn money with slalom?
be serious.. ask how much they loose

Désaxé are the last people who still want to organize a big race in France... for how long?
by Jean-Sébastien Dennebouy
Above all, bored and tired having to read each year the same comments of the same few people because of what ??
The status that Grenoble had in 2007 against Brix... and the stadium which is flat, we know...
Ok now, let's move forward !
by Ramón Königshausen
JSD, you do DH too. Next time I come to the Grenoble area let's go to Chamrousse!

No, seriously: Vinzz is right about the last people to organize events. All the "old folks" are stepping back and there is no young guns to step into their shoes. Why?

rmn
by Jean-Sébastien Dennebouy
Yep, we did the DH session last year two days after the event, at Pipay.
Newt time we will organize that with La Familia in a better way...

Otherwise, the frenchys are planning onto two new events in France in 2010, more news soon...
by Guillaume Saint-Criq
Grenoble will have a new Giant spot this year.
Alpine road, 1km long (for a total near 2km for the road closure), 10 min from the tight/special spot.

Pictures will come soon
by Jani Soderhall
...and I heard the site will be updated in approximately 2 weeks. The work is in progress.

by Stefano Bellingeri
When will I be able to sign in to the 2010 race?
Thanks,
Stefano
by Josef Stefka
Some info please!
Schedule, maps.
Will you do Giant after 4 PM on Friday?

by Jani Soderhall
<center>
The site is now open! 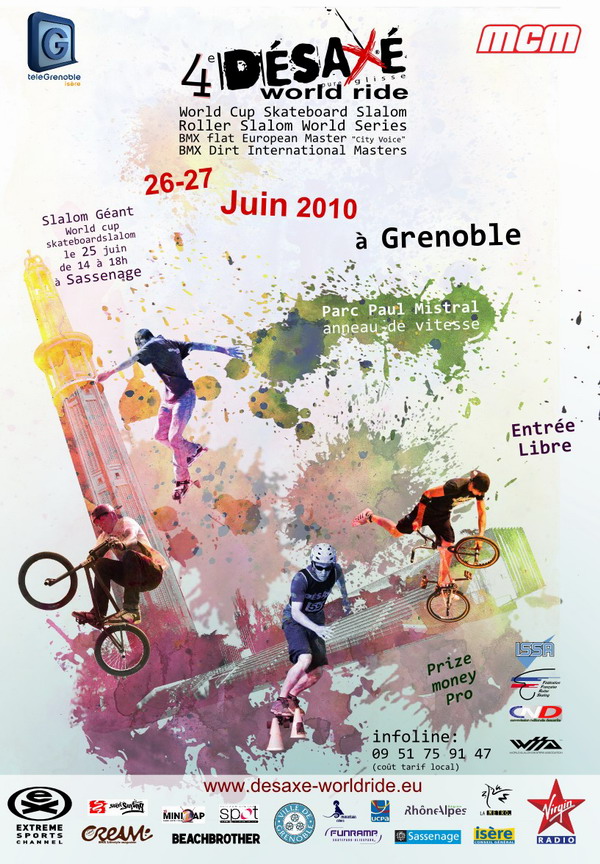 </center>
by Sj Kalliokoski
What is status for this race?
by Jani Soderhall

Thanks Jani, that was my point, process does not work currently and this will be real mess related rankings. I really hope that these new rules would be published soonest AND races would be sanctioned accordingly.
Or then new status changes would be post poned untill next year, but current situation is silly.
I start to be tired to nagging about this but something should be done ASAP else this will not be good for sport.
All times are UTC+01:00
Page 1 of 1
Powered by phpBB® Forum Software © phpBB Limited
https://www.phpbb.com/