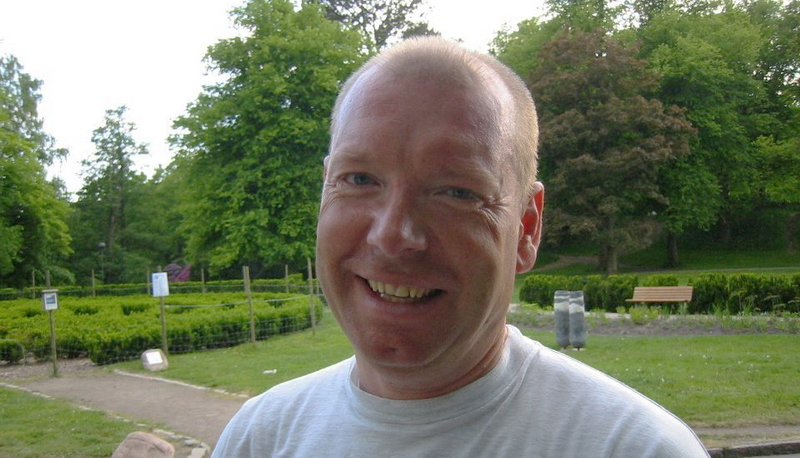 Peter Klock was one of the early Swedish skateboard pioneers and was often featured in magazines and was always a favourite at any race in the late 70's in Sweden. Peter was part of the Carter Team, formed around 1977 and at the time they were dominating the Swedish skate scene, although competition was forming in Stockholm with skaters like Fabian Björnstjerna, Janne Richter, Peder Strauss. At the time skateboarding hype was all over the place: on TV, in the press and the first Swedish skateboard magazines started appearing. Being possibly the best skateboarder in Sweden at the time and as part of the well promoted Carter Team Peter was everywhere. For example, in 1978 Peter won the high profile slalom race at Solvalla. An event that stayed in all our memories as it was also Tony Alva's first visit to Sweden. It was one of those historical moments in Swedish skateboard history and possibly the first truly national slalom event.

After his first celebrity period as a skater Peter developed his interest in competitive sailing and later became the managing director of the prestigeous GKSS - The Royal Gothenburg Yacht Club an association founded in 1860 (!) now with 550 boats and 4200 members, a position he held at the time of his death. The club earned Olympic medals in 1996 and 2004. 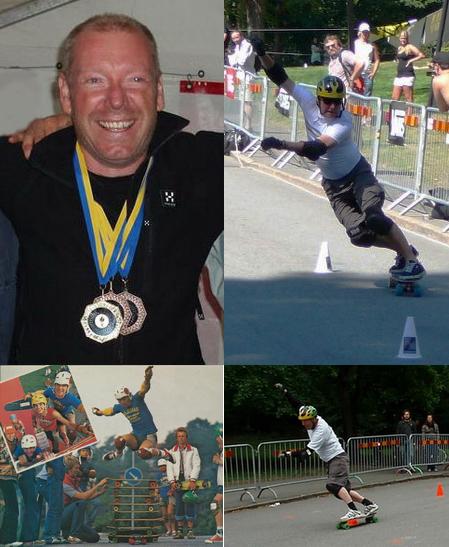 In 2004 Peter rediscovered slalom skateboarding and joined the Gothenburg crew for some serious race practise and once again found himself fascinated by the magic rolling board. With his competitive spirit he wasn't going to let this opportunity pass by and soon we saw him attending several races both in Sweden and in Europe.

Peter died December 22, 2012, after months of treatment that couldn't reverse the tumour he had developed. In order to honor Peter the Gothenburg slalomers have decided to rename their winter series Peter Klock Memorial Series. 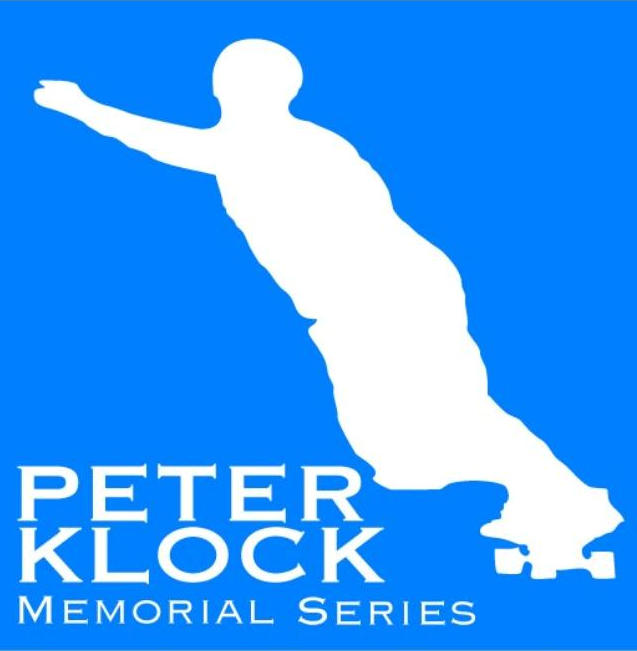 Peter, thanks for sharing the stoke with us! You will be missed. RIP. 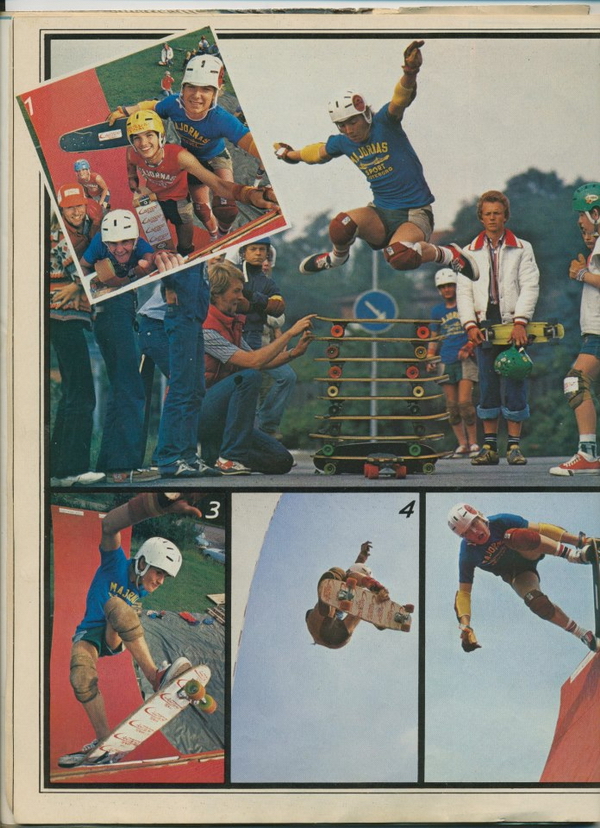 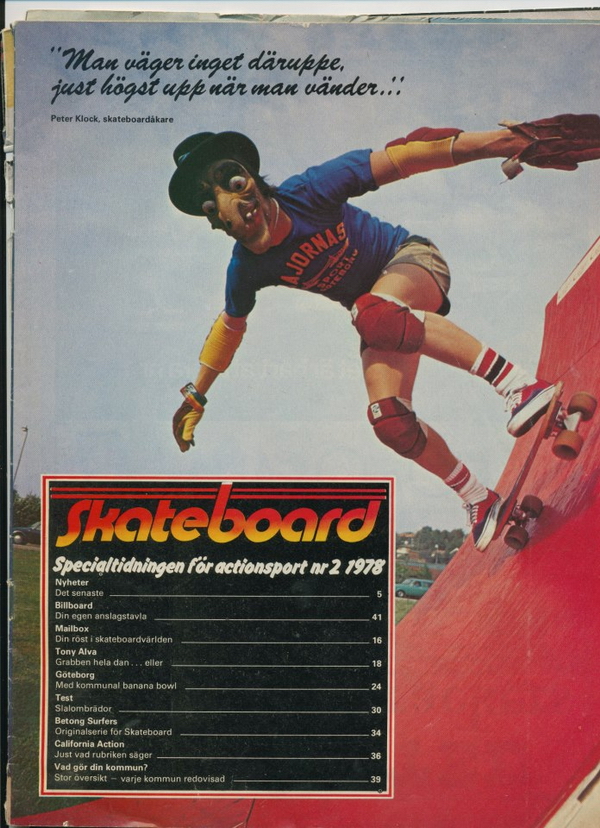 Early magazine coverage - Peter is on the top two pictures, and the bottom right one.

And here he is on the vert ramp 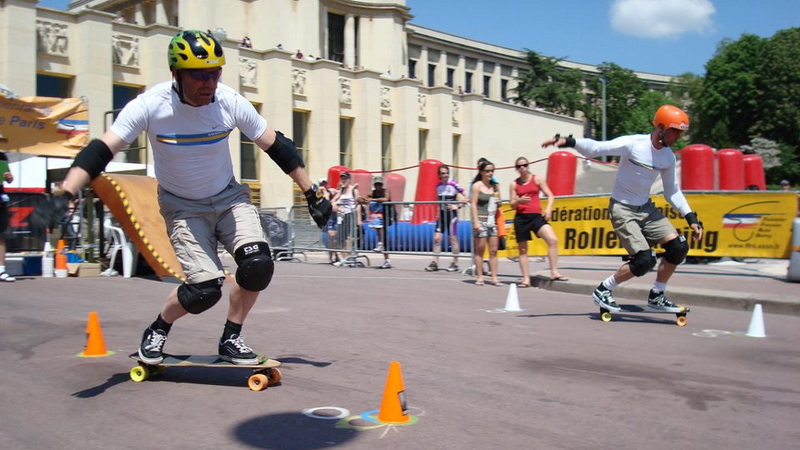 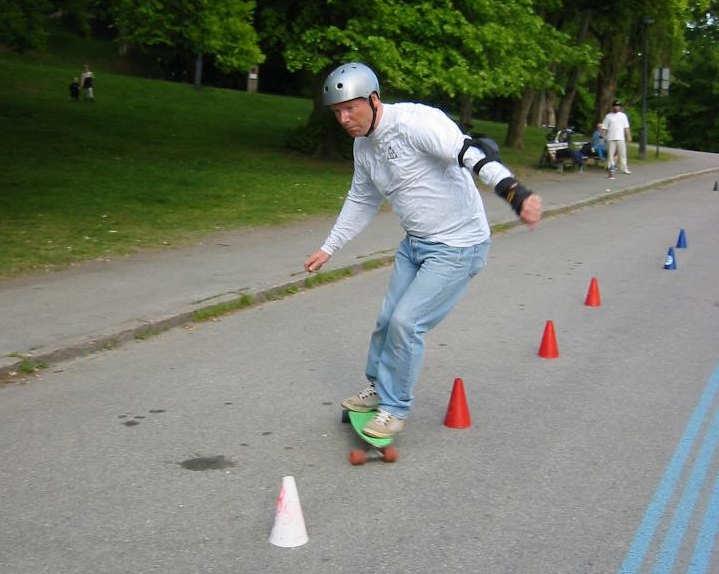 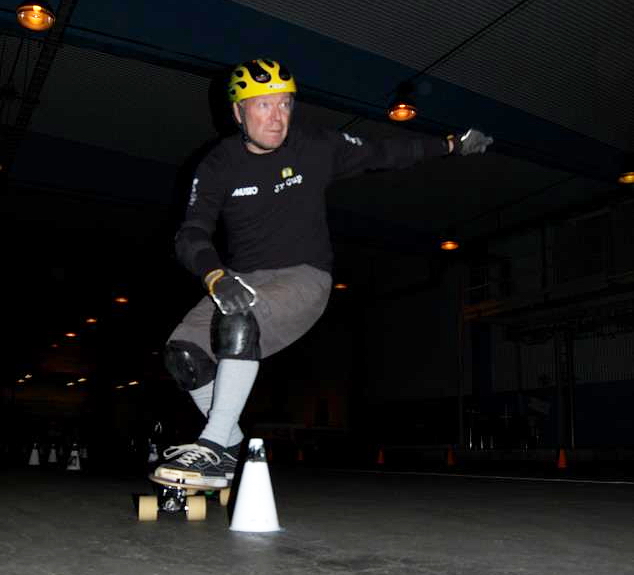 Together with the locals Peter, Emrik, Yoda and Jens Björnsson 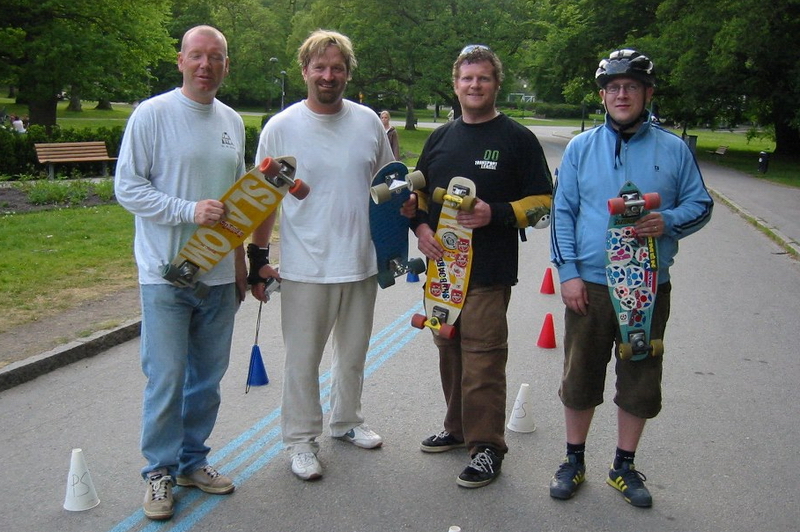 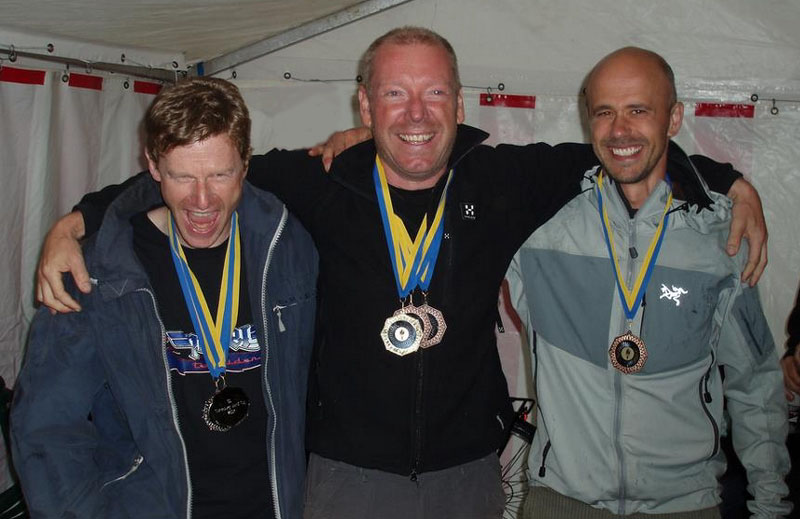 Quite a shock to hear the very sad news of Peter's passing. Both very keen competitor and easy chap to get on with, it was great to chat about sailing with Peter as we waited to race. My sincere condolences to his family.