The ISSA is proud to present the 2022 European Championships Helsingborg Sweden, June 17-19. The event will be held in conjunction with Helsingborg City Expo 2022 (www.h22.se).

The registration is now open. 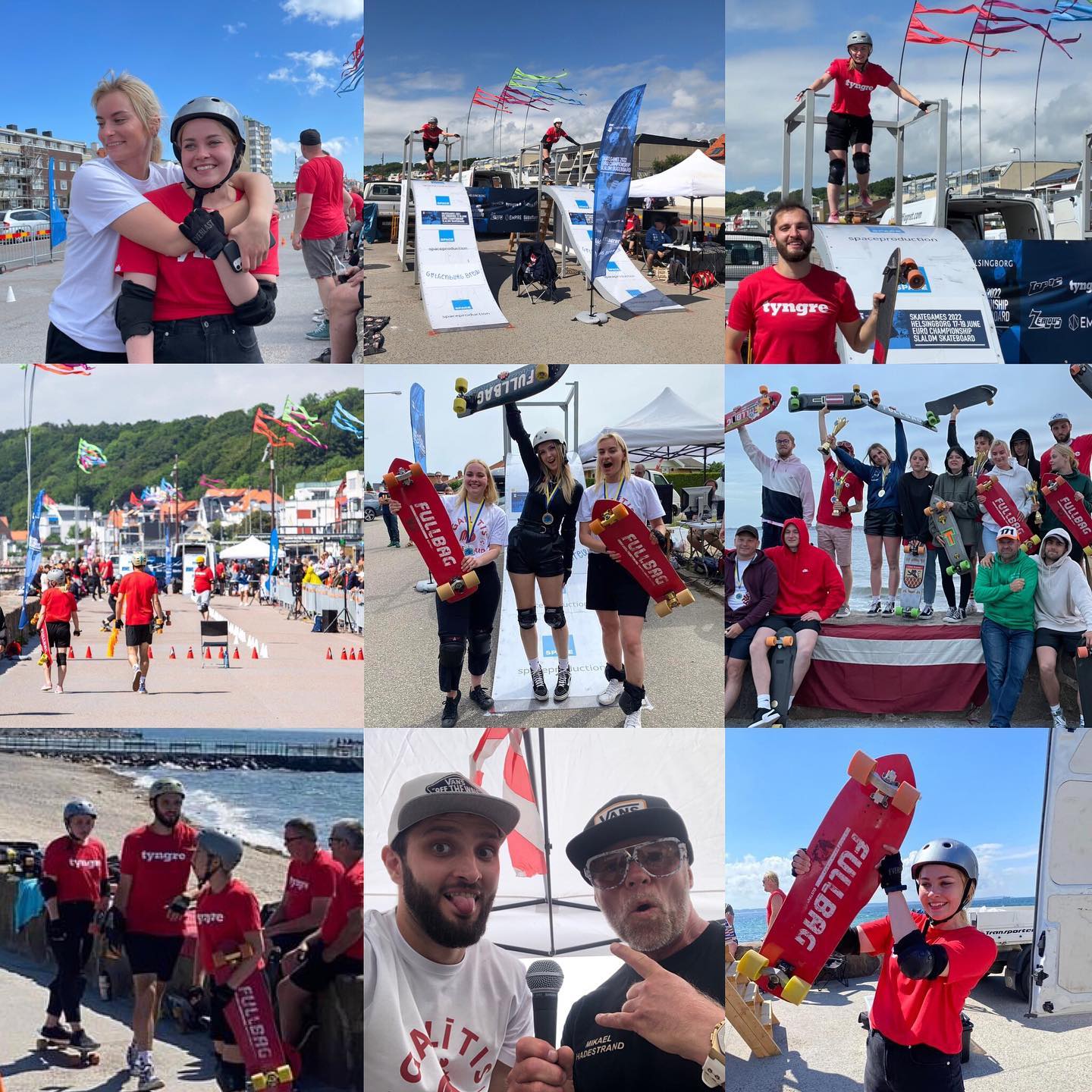 Sunny Swedish coastal city Helsingborg hosted European slalom skateboarding championships of 2022. Nine riders of the World rankings top 20 were present which promised exciting racing all weekend long. After great weather on Friday for the giant slalom, organizers made a smart decision to put both hybrid and tight slalom races on Saturday due to weather concerns later in the weekend. It meant a long day of racing, but it in the end it was the right decision, as it rained almost all Sunday.

Jānis Kuzmins was in an excellent form by taking hat-trick – winning all three disciplines – giant, hybrid and tight slalom. The last time a Pro group rider won every discipline at European championships was in 2004 when Maurus Strobel won in Cologne, Germany (that year only two disciplines were held, but the last time someone won every discipline at European championships with all three disciplines was back in 1995 in Riga, Latvia when Luca Giammarco was unbeatable).

7th time European champion Viking Hadestrand was the local favourite, but this time his younger brother Viktor took the top honours of the Hadestrand family – 2nd place in all disciplines, while Viking took 3rd in hybrid and tight (in giant Artūrs Liskovs took the last spot on the podium).
Defending European champion Christopher Dupont this time stayed right behind podium with 4th places in giant and tight, which usually is his specialty.

In ladies’ group Endija Līga Rūja dominated by winning every discipline, while twin sisters Anna Monika Gailīte and Elīza Marija Gailīte shared the next two steps of the podium after almost 5 years hiatus from international competitions.

In Amateur group it was a battle between Germany and Latvia – German Lukas Mehler won giant by 0,5 seconds, but Mārtiņš Bārdulis was unreachable in hybrid and tight. In junior girls Elija Ļebedeva secured the title while in junior boys Rūdolfs Dreiblathens took the top spot.
It was a great weekend in beautiful Sweden and luckily, they will host another World class event this summer, when the fastest riders will meet in Båstad on 5-7 August.
Top
Post Reply
3 posts • Page 1 of 1